Islamic Banking and Islamic finance refers to a system of banking or banking activity must respect the principles of the Islamic law (which is known as sharia in Arabic) and its practical application through the development of the economy in Islamic societies. Sharia prohibits the payment or acceptance of the interest rate on the loan and the acceptance of money , respectively, (Riba which means Usury) and investing in companies that provide goods or services considered contrary to its principles (Haram which means forbidden),and must be assessed as Halal,while imposing sharia accepts a “price” to pay for goods or services but dismissed as immoral set price to pay simply using money. Although these principles were used as a basis for economic flourishing in the past, only some financial institutions of Islamic countries agree to make transactions subject to these principles. 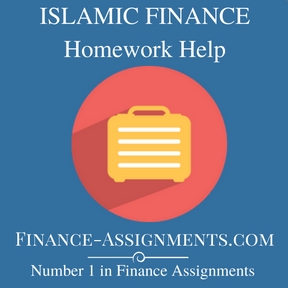 Purchase transactions of products with credit bank with respectful Islamic finance requires that bank -client set the price of the goods plus an extra amount the customer paid in time must also be established beforehand. Such property shall be acquired by the bank that sells the customer on the agreed conditions. However, the additional amount paid by the customer to the bank will not be subject to changing market conditions so there is no room for speculation and can not be regarded as riba (Which is commonly known as usury)

Thus one of the main concepts that differentiates Islamic finance the rest is riba. Its origin lies in the introduction of coins withex-natura sua value or the instrinsic value taking its value not its weight, but the material they were made (a precious metal such as gold or silver), rather than the so-called currency basing its value in weight or in face value. So with fiat currencies if a debt with a fixed compensation to remember that it was not considered riba paid because its value did not change.However, if it is considered that there riba when to pay a debt margin outside the same fluctuation is added, because the debtor could meet a sudden change of the agreed conditions, suffering unexpected losses.

The common element of these operations is that bank and client share the financial risk . The system has traditional banks to ensure repayment of borrowed capital, it is pledging the assets of the borrower, which always have a value greater than the requested loan. By contrast, Islamic banking, share risks and participates in the profit and loss account. Moreover, thespeculation is reduced, the Islamic banking on the real economy without calculating “future variables” that can not control work. The debt can not be alienated, so the risk of it has to assume from the beginning to the end the lender original, that is, the bank gave the rights of credit. However, critical points (in and out of Islam ) that in practice the “extra amount” that the customer agrees to pay the bank would remain a fixed rate , or at least a ” fee for services “, doubting that strict compliance with the mandates of the sharia.

In some countries like Malaysia established more flexible financing mechanisms, however, they do not violate Islamic transaction rules (the Fiqh al-Muamalat), as are mortgages Musyaraka called al-Mutanaqisa that base their success on theprinciple of risk / shared benefit (or Mudharabah). For example, when an acquired property the bank and the buyer formalize a partnership. The bank rented the property to the buyer becomes tenant and the amount reimbursed according to the local market, agreeing to pay a “fixed compensation” to the bank (again, based on a fixed parameter and never “variable”), for which it is objectionable to impose as “compensation” to a percentage of the market value of the property or other variable rate ( exchange rate or other). Once the debt is settled within the agreed terms, the company set up between the bank and the buyer is extinguished. A loss occurs, the house would be auctioned and the profits would be shared between the two parts of society according to their participation